My God is so big, so strong and so mighty
There’s nothing my God cannot do

These are the lyrics to one of my daughter’s favorite worship songs. This past holiday season was tough for me. I refused to delight in the Lord and trust that he would give me the desires of my heart as found in Psalm 37:4-5.

The Backstory
We had our first born after our fifth year of marriage and I wouldn’t have it any other way. To be frank, I miss the alone time we had, and our uninterrupted sleep. We are approaching 9 years of marriage; diaper changes and potty visits rule the night.

Praise the Lord for our son’s healthy lungs and daughter’s early taking to potty training. I understand this is just the season we are in.

With all these blessings, I was still unhappy. Dear Lord, I am sorry. I complained about the daycare costs, the cost of diapers, and rising medical bills. There are people out there who literally impersonate medical staff to kidnap newborns. Check out a story of such catch provided through the link below.
https://www.cnn.com/2018/06/08/us/florida-kamiyah-mobley-kidnapping/index.html

Blessed, Just Not Always Feeling Like It
I’ve been blessed with two little lives who share my DNA. Now comes the desire to leave property and wealth for my children in the event I pass. My belief is we are all going to die if the Lord doesn’t come get us first. It would be unfortunate to leave my children empty handed; with the parting gifts of funeral and burial expenses. So off to work I go to pay off debt, and to have something to invest after what remains after monthly expenses.

I’m fortunate to have made it this far in my student loan debt repayment. I do wonder what I could’ve done with $85,308.07. The total amount is $106,811.84 when accounting for interest. This is INSANE. Below is an update of my Fedloan and Nelnet accounts.

I hope to have this saga of debt completed by the end of April this year. As a society we must stop buying into the lie that if you grew up poor, then getting an education at all costs will get you out of poverty. My financial situation was made worse after college graduation than after high school graduation. Be wise parents in what decisions you allow your children to make.

Chasing After Something Else

An education will NOT get you out of poverty alone. It takes discipline, sacrifice, and being okay with going without for a period of time-contentment. What got me in this whole student loan mess was wanting what others had (houses, cars, fancy clothes). Not knowing that, “Resentment kills a fool, and envy slays the simple” -Job 5:2.

My true desire is peace in my household. I refuse to sell myself for things others say I must have. I’m only chasing what God has for me. He doesn’t want me to worry, I trust him with my future.  On a lighter note, the Lord can take our mistakes and work it out to bring Him glory.  But please everyone, let’s be obedient haha.  There’s nothing our God cannot do!

Until next time everyone! Stay strong…💪fight on…🥊💥🥊 and have no debt but love! Peace and Blessings. 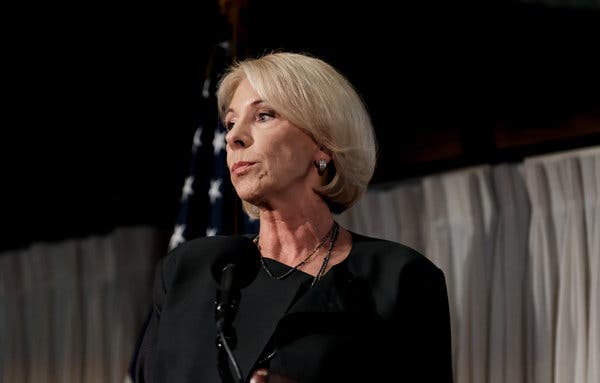 And we know that in all things God works for the good of those who love him, who have been called according to his purpose. -Romans 8:28

I Tried To Take It Back…

So often I am tempted to get angry, sulk, and take revenge because of a wrong someone has done to me. I run from discomfort, but what if you and I were meant to endure hardships? Never in a thousand years would I have imagined saying the following in a conversation, “Debt repayment and budgeting is not about managing your money, it’s about managing your heart”.

WHAT? I wish I could take those words back, as my wife grinned from ear to ear in acknowledgment of what implications that truly had on our current way of life.  But it was too late.

I didn’t want to admit that despite my laser focus to repay my debt, at the end of the day, it was the process and not the details that carry eternal significance.

Previously, I’d fantasize about receiving checks in the mail that could completely wipe out my debt. Sadly, the check never came; and the truth that I was alone in my debt journey hit me like a ton of bricks.

Before going to college, I saved every penny I had. My relationship with money as a child was not a healthy one–as I didn’t grow up with much. I knew money was needed to purchase things, but I also felt that having too much of it was wrong.

My Thoughts On Money

I think that money is a tool, and it doesn’t have any more power over you than you allow it to have.

Money is NOT inherently evil. The LOVE of money is the root of all evil. -1 Timothy 6:10. Love can be defined as an intense feeling of deep affection.

The emotion of love can influence us to accomplish heroic feats such as this father saving his daughter from a shark attack.
https://www.washingtonpost.com/sports/2019/06/04/paramedic-dad-punched-shark-five-times-save-his-daughter-who-lost-leg-attack/?noredirect=on

This man literally gave a shark the One Punch Man knuckle sandwich lunch special for FREE-99 lol. That shark will think twice before going after anything else besides marine life.

Or this strong fondness of something can destroy your life’s work. Take Bernie Madoff and Jefferey Epstein for instance, both men have been disgraced due to their misuse of things they enjoyed out of context.

Taking things out of the context from which they were meant to be enjoyed is dangerous. For one man, having enough money was never enough; for the other, seeking inappropriate affection.

I would like to leave you with a line from a song from an artist called Bizzle and an update on my student loans below.

Partial Lyrics from song by Bizzle “God Over Money”

If that same resource was made free to you
It would literally destroy what cash means to you
So how you risk your life for a paper dollar?
When as long as you have life you can make a dollar?

Until next time everyone! Stay strong… fight on… and have no debt but love! Peace and Blessings.

Thank you everyone for supporting the YouTube Channel, No Debt But Love! 😀 Check out the new August 2019-Student Loan Update video. It’s hot!🔥🔥🔥Watch all the way until the end.🤣🤣🤣

Here… Take My Money, All of it.

The financial burden of student loans on the lives of young professionals is well documented.   I’ve been on my personal repayment journey for eight years now.

I have been fortunate to have had the ability to make timely payments throughout, and this has improved my credit score substantially.

However, this wasn’t always the story.  Six months after graduation, my mailbox was stuffed full of payment due notices.  The letters came from ACS, Nelnet, FedLoan, and Brazos.

I requested electronic notifications, and began making payments every month.  It didn’t take long to get a letter of 30 days delinquency from a new company-University Accounting Services (UAS).  I was infuriated, I thought everything was taken care of.

I overlooked notices from UAS under the mountain of loan servicer paperwork.  I threw up my hands and wanted to give up already.  Out of curiosity I checked my credit score and sure enough, UAS tacked on a “missed payment” notification onto my credit report.

Thankfully, I was able to get the servicer’s contact information.  To my surprise, UAS was collecting the debt on behalf of my alma mater Abilene Christian University.  I own my mistake of falling behind on the student loan payment.  ACU regularly makes donation calls, a courtesy call regarding this debt would’ve been awesome. HaHa.  Well… as I said before, this was my mistake not ACU’s. I’m STILL a little salty to this day.

So Here’s What I’ve Learned

Below is an update on my student loan debt.  Until next time everyone, stay strong, fight on, and have no debt but love! Peace and blessings.

Millennials are doing far worse financially than generations before them, with student loans, rising rents and higher health-care costs pushing the average net worth below $8,000, a new study shows.

The net worth of Americans aged 18 to 35 has dropped 34 percent since 1996, according to research released Thursday by Deloitte, the accounting and professional services giant. This demographic is paying more for education and such basics as food and transportation while incomes have largely flatlined.

“The vast majority of consumers are under tremendous financial pressure,” said Kasey M. Lobaugh, Deloitte’s chief retail innovation officer and lead author of the study. “That is particularly true for low-income Americans and millennials.”

The growing gap between the nation’s wealthiest residents and everybody else, he said, is affecting the way consumers spend…