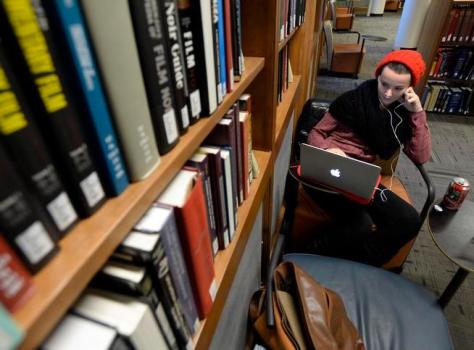 A bill in the works for Colorado’s upcoming legislative session would mandate the state pay for the first two years of student loans for new graduates of the state’s public colleges who commit to stay in Colorado and enroll in an income-based repayment program.

Students who qualify would have their monthly payment — determined by an income-based repayment program — paid in full by the state for their first two years out of college, relieving them of the financial responsibility as they get introduced to the workforce.

“Students are graduating with so much debt that it’s, frankly, overwhelming,” Fenberg said. “People are going down a path or a career that isn’t what they even went to college for to start paying these off. They don’t have a chance to take a breath and figure out what they want to do. The concept is to give them two years of breathing room to actually be able to pursue the career they want to pursue.”

More than 761,000 Coloradans are repaying $27.7 billion in student loan debt, according to household debt statistics from the Federal Reserve Bank of New York.

In 2018, 56% of Colorado graduates with a certificate or associate degree left school with debt — the average debt amounting to $13,300. For a bachelor’s degree during the same time frame, 69% of graduates ended their academic career with debt, averaging $25,500, according to statistics from the Colorado Department of Higher Education.

Gov. Jared Polis’ budget earmarked $14 million to advance-fund the program for three years, “serving approximately 5,300 Coloradans who graduate from a state institution of higher education, live in Colorado and participate in a federal income-based repayment plan.”

Charley Olena, an advocacy consultant with the left-leaning organization New Era Colorado, is helping with the “Get On Your Feet” bill this session.

“One of the reasons why this is so exciting for Colorado and the reason why the governor’s office has been so enthusiastic is because students’ loans are depressing entrepreneurship,” Olena said. “The total percentage of people under 30 who own their businesses has fallen about 65% since the 1980s. Millennials were overwhelmingly citing student loan debt as the thing holding them back from starting their own business. As Colorado’s economy continues to grow, entrepreneurship is something we want to be able to foster.”