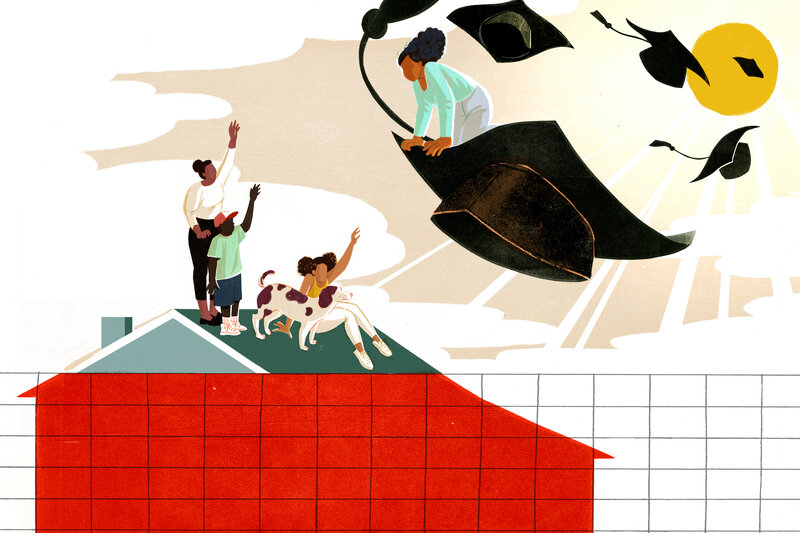 For many college students settling into their dorms this month, the path to campus — and paying for college — started long ago. And it likely involved their families.

The pressure to send kids to college, coupled with the realities of tuition, has fundamentally changed the experience of being middle class in America, says Caitlin Zaloom, an anthropologist and associate professor at New York University. It’s changed the way that middle class parents raise their children, she adds, and shaped family dynamics along the way.

Zaloom interviewed dozens of families taking out student loans for her new book, Indebted: How Families Make College Work at Any Cost. She defines those families as middle class because they make too much to qualify for federal aid — but too little to pay the full cost of a degree at most colleges. For many, the burden of student debt raises big questions about what a degree is for.

This conversation has been edited for length and clarity.

How would you describe the world of student debt?

Families have really been transformed by debt, and really by the problem of dreaming about sending a kid to college and trying very hard to pay for it — oftentimes from the very earliest moments of a child’s life. I think what we don’t take account of, nearly enough, is what that experience is like — [what] the experience of trying to give a kid a shot by sending them [to] college means for most middle class families.That’s the thing that I think that we need to be focusing on.

You argue in the book that the idea of going to college is pervasive in American life.

It is pervasive. That message is coming at families from every direction: that being a success in America depends upon the ability to get into college, to get an education and to graduate. But that itself depends on the ability to pay, which thrusts us right into the paradox of it all — which is that on the one hand, young adults and the parents who support them have this very clear goal about getting a college education. On the other hand, that is going to cost them dearly.

4 thoughts on “In The News: Families, Not Just Students, Feel The Weight Of The Student Loan Crisis”