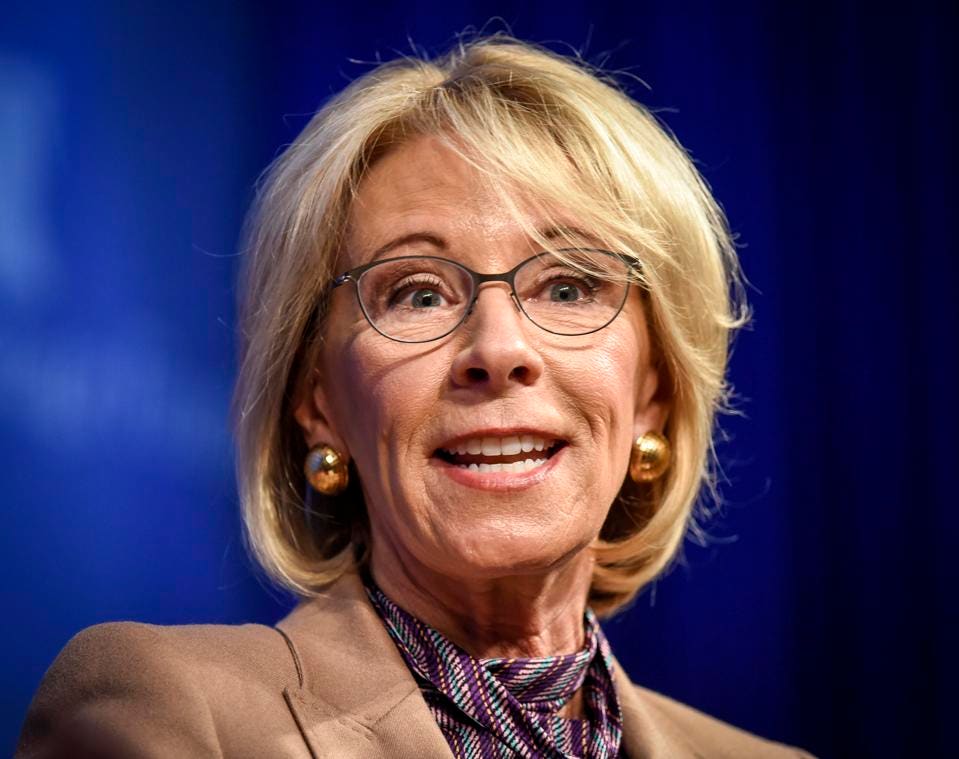 An educator thought she was on track to receive student loan forgiveness.

She made the payments. She thought she did everything right.

Then, she was told years later that she didn’t qualify.

Here’s what you need to know – and how you can avoid her fate.

As first reported by NPR, Debbie Baker, a Director Education at a non-profit organization in Tulsa, Oklahoma, expected that her $76,000 of student loan debt would be forgiven through the Public Service Loan Forgiveness program, a federal program through the U.S. Department of Education that forgives federal student loans for individuals who work in public service.

Now, Baker is a plaintiff in a new lawsuit filed by the American Federation of Teachers, one of the nation’s largest teacher’s unions, against the U.S. Department of Education, which is led by Secretary Betsy DeVos. The lawsuit alleges, among other things, that:

3 thoughts on “In The News: Teacher To Betsy DeVos: ‘Why Didn’t You Forgive My Student Loans?’”